who has played 11 years with the Atlanta Braves.

Freeman has a .295 batting average, and he is a four time All-Star.

He led the majors with 51 runs scored and 23 doubles. 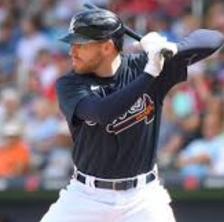