Zach Britton has pitched 10 years in the majors, the first eight with Baltimore and since then with the New York Yankees. He was a starting pitcher for his first three years with the Orioles, and then in 2014 he became their closer and had 37 saves and a 1.65 Earned Run Average.  He followed that with 36 more saves and a 1.92 ERA in 2015, making his first all-star game and establishing himself as one of the best relief pitchers in the game.

Britton did even better in 2016 and was actually perfect in one key measurement, as he earned 47 saves in 47 save opportunities.  He pitched 67 innings that year and gave up only 38 hits and only 4 earned runs for a 0.54 ERA, with only 18 walks and 74 strikeouts.  Britton was injured and missed part of 2017, and in 2018 he was traded to the Yankees, where Chapman is the closer who gets most of the save opportunities.

Britton pitches mostly in the middle innings and is still one of the most effective relief pitchers in baseball.  Entering the 2021 Season, he has 153 saves and a 3.04 Earned Run Average.  Not counting his first three years as a starter, he has an earned run average under 2.00, including 1.91 during 2019 and 1.89 during 2020. 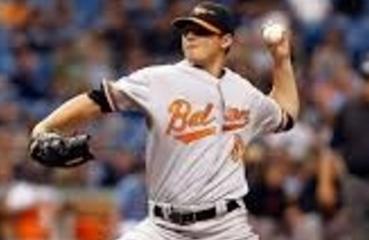