Kershaw has made the all-star team 7 times, won the Cy Young Award 3 times (2011. 2013. 2014) and won the National League MVP award in 2014.  He has lead the National League in ERA 5 times, Games Started and Strikeout 3 times each, Wins, Shutouts, and Complete Games 2 times each, and Innings Pitched once.  He has battled back injuries for the past couple of seasons, but when healthy he is the best lefthander in the game and should be a lock for the Hall of Fame when his time comes. 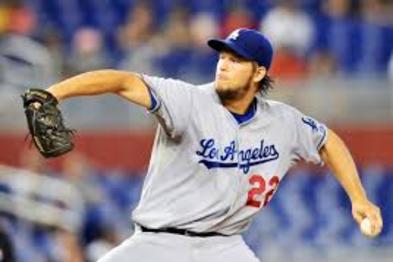