Rod Carew was a righthanded throwing second-baseman and first-baseman who played 19 years (from 1967 to 1985), 12 with the Minnesota Twins and 7 with the California Angels.  He led the American League in batting average seven times, including a .388 average in 1977, and led the league in on base percentage in four of those seven seasons. 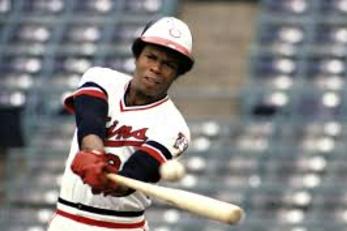