George Brett was a righthanded throwing third-baseman who played 21 years (from 1973 to 1993), with the Kansas City Royals.  He led the American League in batting three times, including 1980 with a .390 average, and also led the league in hits three times, triples three times, and slugging percentage three times. 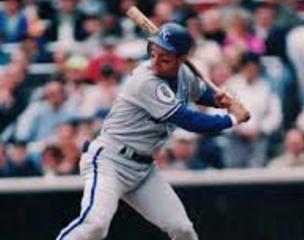