Jim Thome is a righthanded throwing first baseman, third baseman, and designated hitter who played 22 years in the majors (1991 to 2012).  His first 13 years were with the Cleveland Indians, followed by 4 years with the Philadelphia Phillies, 4 with the Chicago White Sox, and the rest with 3 other teams.  He led the 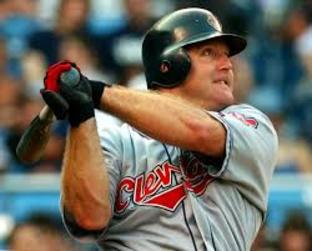