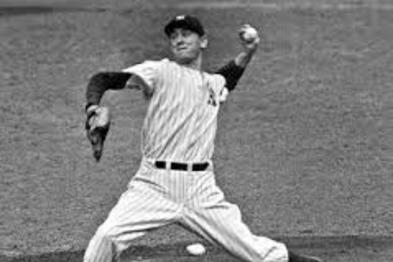 Gomez pitched in the World Series in five different years, starting 7 games (completing 4 of them) and 50 innings.  He won 6 games without a loss and had a 2.86 earned run average..  He also made the all star team 7 times.  He was elected to the Hall of Fame in 1972.