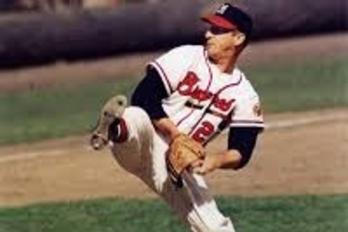 Spahn was voted NL Pitcher of the year 4 times, and he made the All-Star team 17 times.  He also won 4 games in 8 World Series appearances (with 3 complete games in 6 starts) totally 56 innings.  He was elected to the Baseball Hall of Fame in 1973.