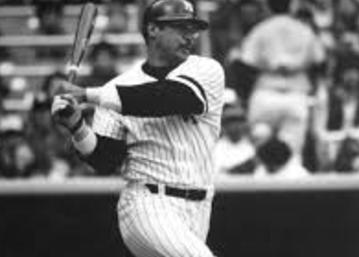 Jackson was the American League MVP and Major League Player of the Year on 1973, when batted .293 while leading the league in runs scored with 99, home runs with 32, and runs batted in with 117.  On the negative side,he lead the league in strikeouts 5 times, including 4 in a row from 1968 to 1971.  His 2597 total strikeouts are the most in baseball history, the result of a long career swinging for the fences.