Gwynn made the All-Star team 15 times.  He was also a very good outfielder who won the Gold Glove Award 5 times.  Gwynn was elected into the Baseball Hall of Fame in 2007.​​ 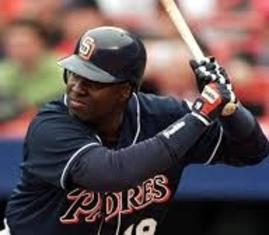